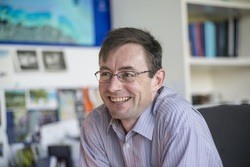 He holds a PhD in Geography from the University of Durham, UK and also holds an LLM in international law from the University of British Columbia. His research interests relate to international boundaries and particularly maritime boundary delimitation and marine jurisdictional issues on which he has published over 200 scholarly publications. Clive is an International Hydrographic Office (IHO)-nominated Observer on the Advisory Board on the Law of the Sea (ABLOS) and is a member of the International Law Association’s Committee on International Law and Sea Level Rise. He has also been actively involved in the peaceful settlement of
boundary and territory disputes by providing advice to governments engaged in boundary negotiations and in dispute settlement cases before the International Court of Justice (ICJ).

Additionally he recently served as an independent expert witness in the international arbitration case between the Philippines and China.