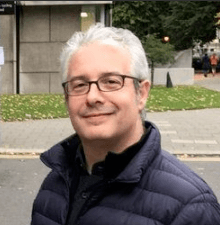 Legal Counsel and Deputy to the Secretary-General, International Seabed Authority

Alfonso Ascencio-Herrera joined the International Seabed Authority as Legal Counsel and Deputy to the Secretary-General in early 2017. He served previously as a career diplomat for 20 years in Mexico’s Foreign Service. Alfonso’s previous postings were Permanent Mission of Mexico to the United Nations (2001-2006), Deputy Head of Mission in the Embassy of Mexico to the Kingdom of Thailand (2006-2010), Director of the International Law Unit (Law of the Sea) at the Legal Adviser’s Office of the Ministry of Foreign Affairs (2010-2014), and Deputy Head of Mission of the Embassy of Mexico to the Republic of Korea (2014-2017).