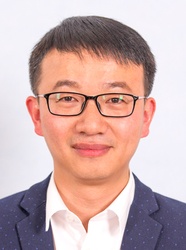 Dr. Yubing Shi is a Professor in the South China Sea Institute at Xiamen University, China. He is also an honorary fellow at Australian National Centre for Ocean Resources & Security (ANCORS), University of Wollongong (UOW), Australia. Dr Shi served as a lecturer at the Law School of UOW before he joined Xiamen University in 2015. His research interests include international law of the sea and the legal protection of the marine environment. He has published widely in world leading Journals such as Ocean Development & International Law, International Journal of Marine and Coastal Law (IJMCL), Marine Policy and Ocean Yearbook. His article entitled “Greenhouse Gas Emissions from International Shipping: the Response from China’s Shipping Industry to the Regulatory Initiatives of the International Maritime Organization” was awarded the Gerard Mangone Prize for the best article in the IJMCL in 2014. He is the author of a monograph entitled “Climate Change and International Shipping: The Regulatory Framework for the Reduction of Greenhouse Gas Emissions” published by Brill Nijhoff in 2017.