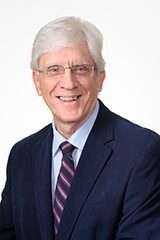 Robert Beckman is Head of the Ocean Law and Policy Programme at the Center for International Law (CIL), a university-level research center established in 2009 at the National University of Singapore (NUS). Prof Beckman was the founding Director of CIL and served as its Director from 2009 until June 2016. Professor Beckman is an Associate Professor at the NUS Faculty of Law, where he has taught since 1977. He lectures at the Rhodes Academy on Oceans Law & Policy in Rhodes, Greece, and he is a member of the Governing Board of the Rhodes Academy.  He is also an Adjunct Senior Fellow at the S Rajaratnam School of International Studies (RSIS), Nanyang Technological University, Singapore, and an Advisor to its Maritime Security Programme. His main research interest is ocean law
and policy issues in Asia.