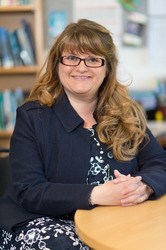 Karen N Scott is a Professor of Law at the University of Canterbury in New Zealand, having previously taught at the University of Nottingham in the UK.  She was the Head of the School of Law between 2015 and 2018, Vice-President of the Australian and New Zealand Society of International Law (ANZSIL) from 2011 – 2016 and the General Editor of the New Zealand Yearbook of International Law from 2009 to 2012.  She researches and teaches in the areas of public international law, law of the sea and international environmental law.  Karen has published over 70 journal articles and book chapters in these areas and is the co-editor of Donald R. Rothwell, Alex Oude Elferink,Karen N. Scottand Tim Stephens (eds),Oxford Handbook on the Law of the Sea (Oxford, OUP, 2015, paperback edition, 2017).  She is currently co-editor (with Professor David VanderZwaag) of the Edward Elgar Research Handbook on Polar Law (forthcoming, 2020).