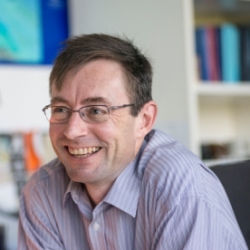 Professor Clive Schofield is Head of Research at the Global Ocean Institute, World Maritime University in Malmö, Sweden and is a Visiting Professor with the Australian Centre for Ocean Resources and Security (ANCORS), University of Wollongong (UOW), Australia, is a Distinguished Fellow of the Law of the Sea Institute at the Law School of the University of California Berkeley and teaches on the Law of the Sea programme at Harvard Law School. His research interests relate to international boundaries and particularly maritime boundary delimitation and marine jurisdictional issues on which he has published over 200 scholarly publications.

Clive is an International Hydrographic Office (IHO)-nominated Observer on the Advisory Board on the Law of the Sea (ABLOS) and is a member of the International Law Association’s Committee on International Law and Sea Level Rise. He has also been actively involved in the peaceful settlement of boundary and territory disputes by providing advice to governments engaged in boundary negotiations and in dispute settlement.